When I was doing my research about getting braces, I found there were lots of dentist websites with super salesy info about various braces, but hardly any sites where you could find a Six Month Smiles review from an unbiased, real life person.

So I thought I’d document my experience here, 100% paid for by myself, to help other people who are considering getting adult braces. For this post I’ll be focusing on why I chose Six Month Smiles over traditional braces & Invisalign and what my first impressions were.

I completely missed that point in time when everyone seemed to get braces for free on the NHS. When my teeth had finally stopped growing, my dentist told me that they were crowded but not crowded enough to meet the NHS requirements for free orthodontic treatment.

Unfortunately, this meant that I spent most of my teenage years and early 20s feeling ridiculously self-conscious about my smile. I never smiled with my teeth in photos and hated every photo where someone had caught me unaware.

Being a blogger also meant posting pictures of myself online and I shied away from the portrait shots I wanted to include in my beauty & makeup reviews.

So 10 years later, aged 28, I finally decided I couldn’t keep putting off something that was so important to me. Even though I’d gotten over most of my insecurities about smiling, I still wasn’t happy with my smile.

I’d had consultations for both traditional braces and Invisalign but never felt like they were quite right for me. Traditional braces would mean tooth extraction (x4 for me!) before a long stint in metal braces.

Invisalign was the priciest option and would mean a lengthier treatment time, so I wasn’t 100% on it as an option. I’m not the most disciplined person so I was worried that having removable aligners wouldn’t have worked as well for me, as I’d probably invent any excuse to take them out.

Six Month Smiles provide fixed braces with tooth-coloured brackets, wires & bands, so they’re not as noticeable as metal braces. This was important for me, as I have quite a social job and I didn’t want to feel too self-conscious.

The aim of the 6MS system is to straighten up your smile, rather than anything major like over/underbite corrections, which is why they can be fitted by trained dentists and not just orthodontists.

I didn’t have any complex issues to resolve other than some minor crowding, so it was a straightforward choice for me. That being said, I’d still recommend having consultations with an orthodontist, as well as Six Month Smiles & Invisalign practitioners, to see what might be best for you.

I booked in for a Six Month Smiles consultation with my dentist, Pearldent, as I get my check-ups done here and they’re a lovely family-run dentist in Stockport.

Six Month Smiles actually now offer two options: clear aligners or clear fixed braces. My dentist only offered the clear braces and I was tempted in by the shorter treatment time (4-9 months but 6 months on average) and having no option to remove them.

The consultation took around 15 minutes and cost £25, although I was assured this would be deducted from my treatment cost if I decided to proceed.

The dentist explained how the Six Month Smiles system worked and we discussed what I was looking to change with my smile. He showed me a similar example and said he expected treatment time to be six months, with fixed and removable retainers provided at the end.

how much does six Month Smiles cost?

This is the number one question most people have about getting braces. Obviously this varies on a number of things, including the severity of your case, treatment time, dentist’s experience, location etc.

For me, I paid £2695 (including cost of consultation, fixed wire bottom & top retainers and removable retainer) in August 2019. Most dental practices will have financing options available, so it’s worth asking about that if the cost is too much to pay up-front.

Getting The Braces Fitted

Again, this was a quick 15 minute appointment. They basically put some clay in a plastic tray and you bite down so they can get a perfect mould of your teeth.

I have fairly sensitive teeth but it didn’t hurt at all. It felt a bit weird when he pulled the mould off my teeth, but absolutely no pain or sensitivity.

I then had to wait around 2 weeks for my braces to be made.

This was the lengthiest appointment I’ve had so far. The fitting of my Six Month Smiles braces took around 1 hr 15mins.

To start, the dentist took some photos of my teeth before the braces. He took a range of photos with normal smiling but also with the mouth stretcher in – closed bite and open mouthed.

There was no pain at all apart from some sensitivity with cold air on my teeth – definitely not as bad as a teeth cleaning/hygienist appointment though.

They immediately felt so strange, as you can imagine. I’d never had braces before, so my mouth just felt huge and I could barely talk without a massive lisp.

I went away with some orthodontic wax and a leaflet of advice, then went straight to Sainsbury’s to buy paracetemol (don’t take Ibuprofen) and a travel toothbrush & toothpaste.

I had the braces fitted on a Friday afternoon and did feel some discomfort in my teeth later that day. After I took a couple of paracetamol tablets though, it was fine.

My bite wasn’t normal, or at least didn’t feel normal, so eating that day was pretty tricky as I couldn’t bite down or chew properly. Get some soup ready for afterwards, as I found that even rice was frustrating to eat at first.

The next few days I really struggled with eating too. I noticed even on day 2 though, that my bottom teeth had shifted into a much straighter position, so I was really pleased with the fast progress even if eating was a chore.

If you work full-time and you can book time off, I’d really recommend that for a few days after getting them fitted. I found talking and eating at work really awkward and I was in such a bad/low mood because of it.

I’d say after 7-10 days, I had adjusted quite well though. My teeth felt a bit more settled and much less like they would fall out if I ate anything. They’ve also never felt as bad since then, even after some tight adjustments.

I’m now nearing the end of my Six Month Smiles treatment, so I’ll share my before & afters in the next post. I’m so excited to celebrate getting my braces off by eating all the chewy/awkward food!

I hope this Six Month Smiles review has helped you but if you have any questions about the braces or getting braces as an adult, feel free to ask in the comments below. 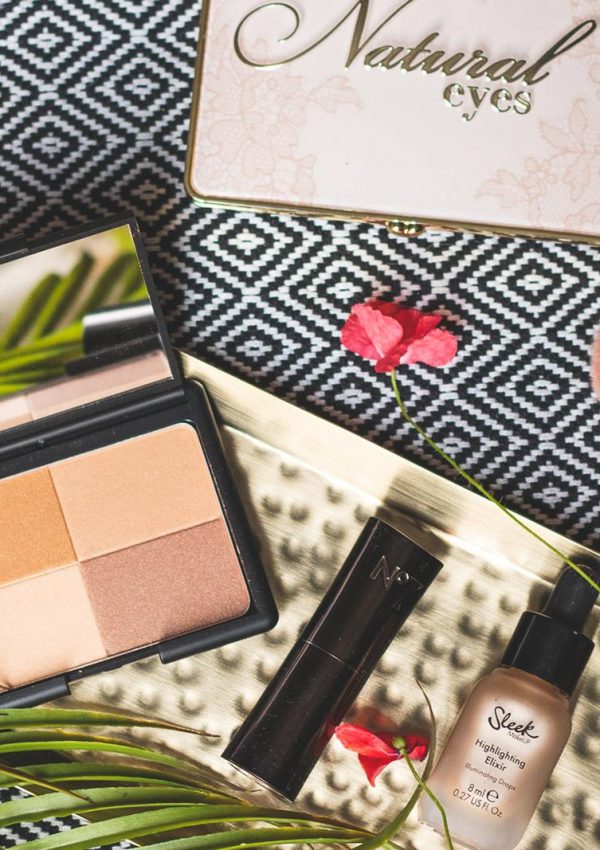 How To Get A Subtle Summer Glow | AD 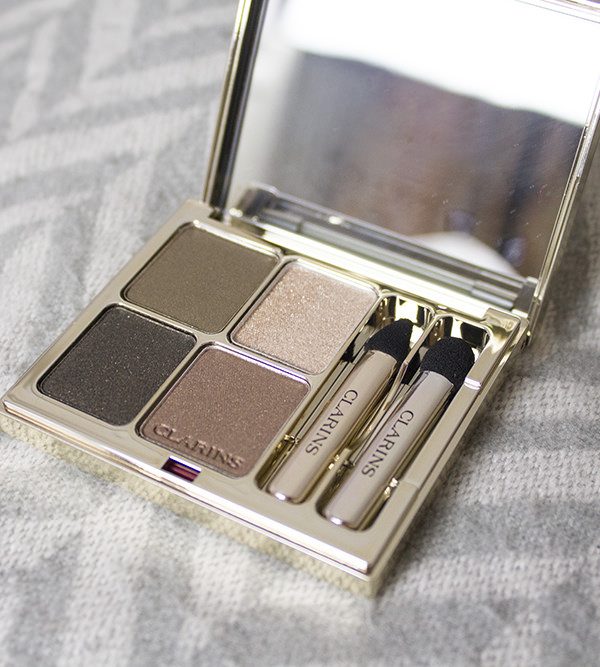 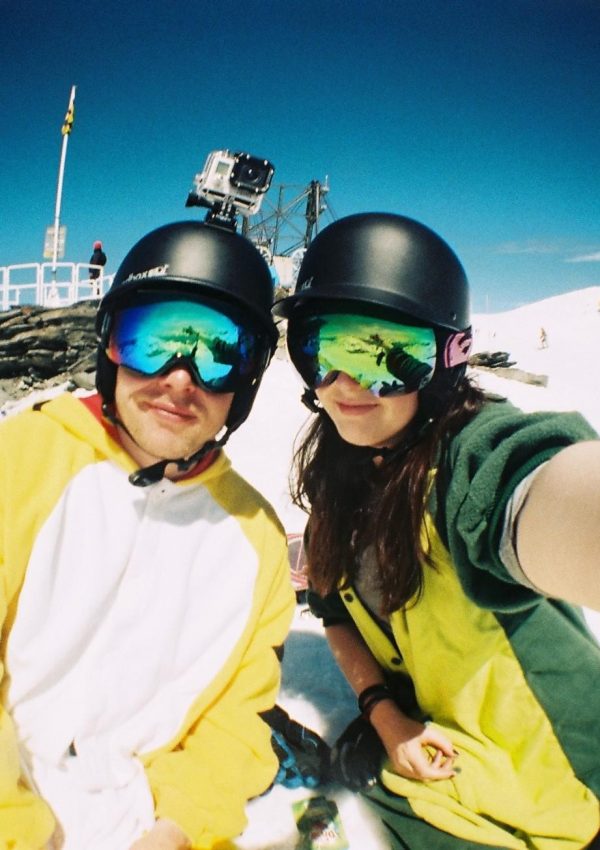 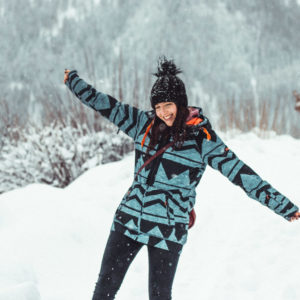 A few days of cheap wine, sunshine and birdsong.

Happy Mother's Day to an amazing mum, love from yo